SUNDAY, September 8, 2019
HAPPY GRANDPARENT’S DAY!​ It’s not uncommon for grandparents to spoil their grandkids.  It may be time to spoil them!  May I recommend a spa gift certificate for a Vow to Relax Hot-Stone Blend Massage?  Yes, hot-stones, aromatherapy and hot towels deepen the already relaxing massage.  Be sure to include Love of Light as an addon service….
In honor of my own Grandma Margaret, I posted a picture of her to the right. Wasn’t she beautiful?!  Margaret lost her mother at the tender age of twelve after the birth of her brother. She was just coming of age when the 19th Amendment was passed granting women the right to vote!  Grandma also lost her husband when he was in his early 50s.  After the passing of her husband, she continued life on the farm in the Midwest.  One snowy winter night in1957, those traveling by were stuck in drifts nearby.  That night, my grandma welcomed forty six people into her home including a pregnant lady and a baby!  She still had guests 15 hours later while the roads cleared. Many of those stranded travelers kept in touch with her over the years. After her third granddaughter (me) was born, she told her son (my dad) that she probably wouldn’t live to see me get married.  Twenty two years later, just twelve days before my wedding day, she passed away. My Grandma Margaret suffered great losses and helped many people in need.  One of her biggest physical pains was osteoarthritis.  I remember her crooked fingers that were in so much pain that she suffered just writing a birthday card to the grandkids.  But she always did it anyway.
According to MedTV, more than half of all Americans 65 or older suffer with osteoarthritis.  It is one of the most common in the arthritic family and typically affects the joints of the hands, knees, spine, hips and ankles.  Genetics play a part in your predisposition to develop the disease as does repetitive stress injuries. My dad had both.  After years of running up and down stairs fixing customer’s furnaces, my dad’s ankle joints had succumbed to the wear and tear. By the time he retired, he was suffering so much that he sought medical attention.  Of course, like many Americans, he sought relief with drugs but they only mask they pain and can damage organs over time.  While a few of my clients have enjoyed tremendous results with hip, shoulder and knee replacement surgeries; ankles are a bit more difficult to replace.  The physician recommended that my dad have his ankle bones surgically fused to combat the friction causing the pain due to the loss of cartilage.  The expense and recovery time were substantial and he lost range of motion but, his pain was now manageable.  I sometimes wonder if massage and light therapy had been offered to my Grandma Margaret and dad, would they had suffered as much or could have avoided surgery.
In a study conducted by the Unversity of Miami School of Medicine in 2015  indicated that after medium pressure massage was performed, arthritis knee pain subsided and range of motion improved!  Massage improves circulation bringing more oxygen to damaged tissue.  Massage coupled with red-light therapy may bring even more healing to the arthritic joint and is also offered at this Sacramento Massage studio.  This low-level light therapy deeply penetrates light energy to boost circulation and decrease inflamation and joint pain.  Choose Love Of Light as an add on to your massage for the temporary relief of arthritic pain.
sources  Complement Ther Clin Pract. 2015 Nov;21(4):233-7. doi: 10.1016/j.ctcp.2015.08.002. Epub 2015 Aug 13.
Click Here to Easily Purchase Gift Certificates Online​ 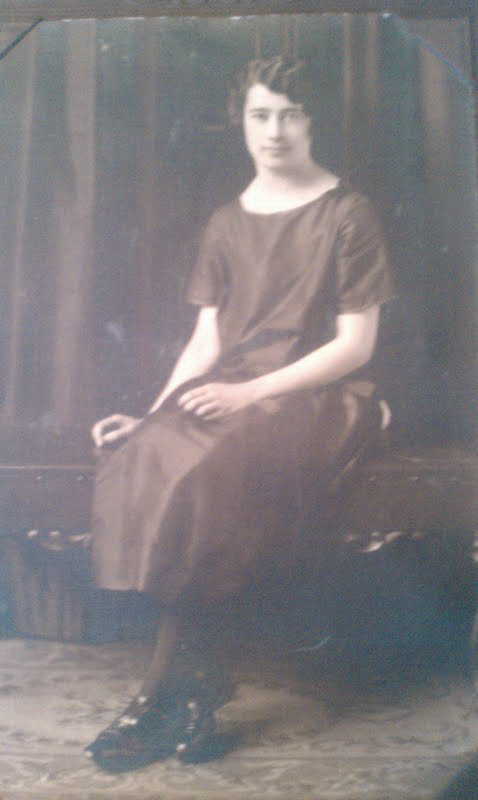 3 Things you can do to Beat the Heat this summer….

1.  Wearing loose fitting clothing can help keep you cool. While some fabrics are tightly woven causing heat to be trapped, cotton is “breathable” allowing air to circulate keeping you cooler.
2.  Lightly colored fabrics are preferred to darker colored materials when trying to stay cool.  Dark colored clothing absorbs heat from the sun.  Try an experiment (or just watch a youtube) if you don’t believe me……Heat Absorption by Color
3.  Remove ALL clothing and receive a relaxation massage (with proper draping of course) in a quiet, AIR CONDITIONED massage therapy studio!  Body temperature drops as clients start to drift off. Receiving a relaxating massage at Married to Massage, will definitely get you closer to dream land!  Don’t forget that this midtown massage therapist offers a cool bottle of water on your way out.  Yes, staying hydrated in these hot summer days is imperative for optimal health. Without it, your body is more likely to experience LOW blood pressure.  We are often checking our blood pressure to be sure that it isn’t too high but some of us (myself included) experience low blood pressure which has it’s own host of issues.  I experience dizziness, headaches and muscle cramps as a result of dehydration.  Yes, I’m a diet coke-a-holic.  It’s a problem for me, I know and the caffeine only exacerbates the problem.  It also doesn’t set a good example for my clients. How much water should we be drinking for optimal health?  In massage school, we are trained to tell clients to drink half your body weight in ounces.  (IE: a 100 lb woman would require 50 ounces of water intake daily).  Be sure to drink more as the temperature rises and when you exercise. 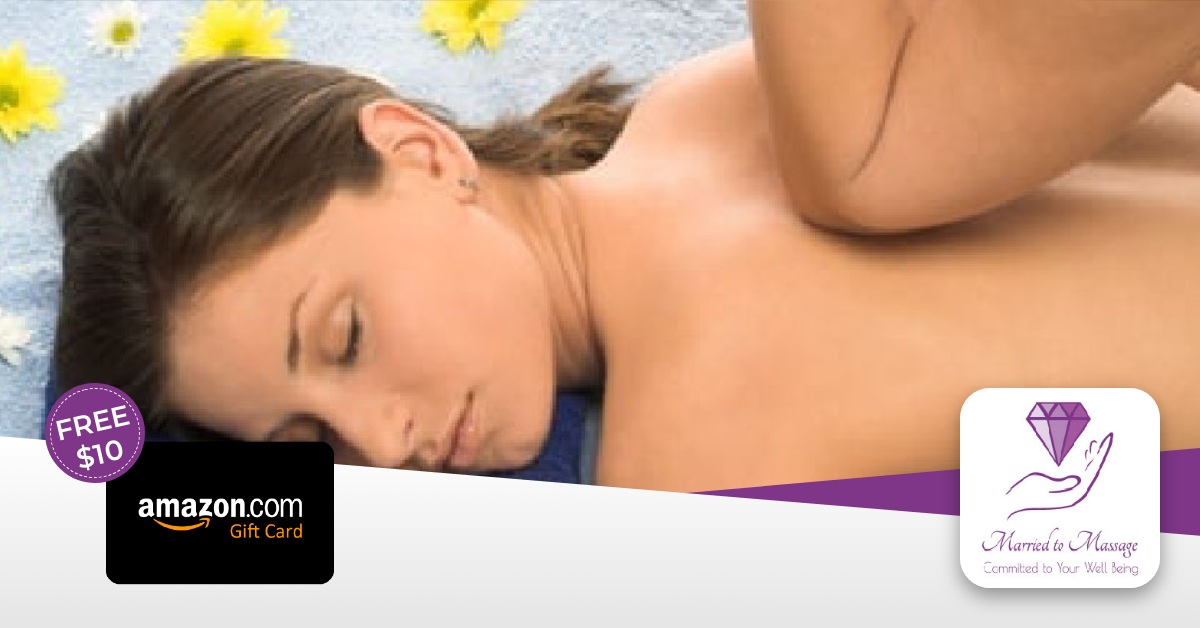 Beat the Heat Bonus Days!  Receive a FREE $10 Amazon E-Gift Card when you purchase at least $75 in massage services. Offer while supplies last.  The hot summer heat is on!  Why not get out of the sun and destress for 60 or 90 minutes?  Check out our home page to choose the right service for you…   Choose Your Service 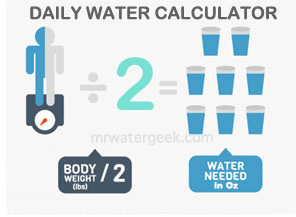 Inspired by Light, Proven by Science​

Have you been looking for an excuse to try our new Love of Light service?  This is a great opportunity!  For the month of May 2019, you will receive a *FREE 30-minute Celluma Light therapy session with the purchase of a Register to Relax Massage!  Celluma is FDA approved for the treatment of acne, antiaging and PAIN MANAGEMENT!  Experience safe, proven results using the low-level light therapy.  This award-winning therapy uses deeply penetrating wavelengths of light energythat are absorbed by photoacceptors in the mitochondria of compromised cells to regain and restore vitality naturally.  The process increases the production of ATP (the fuel that drives all cells).  The resultingboost in cellular energy leads to a cascade of metabolic events which can increase micro-circulation and decrease arthritic and joint pain, muscle spasm and muscle and joint stiffness. 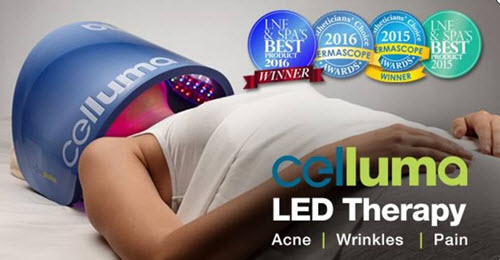 Reserve Here Today
Watch Informational Video
“This is the best beauty and therapy product I have ever experienced. I use if four times a week for beauty, aches, back problems and pain relief”  –Sally P., New York, NY​

Improve your posture and range of motion with massage.  Stress Less with a Hot Stone massage.